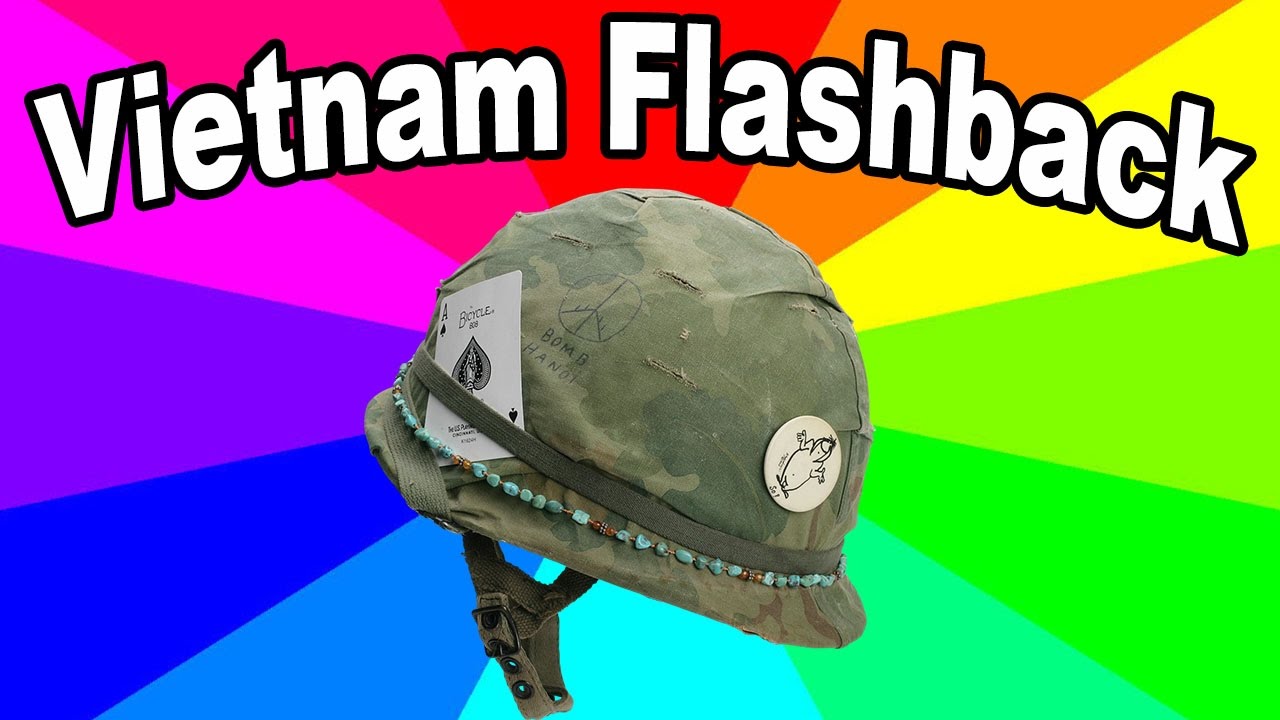 PTSD is a problem many veterans face after seeing combat and experiencing war. One of the symptoms of Post Traumatic Stress Disorder is flashbacks, A person may see or hear something that triggers them to have a flash back of a traumatizing experience they had. The scenario plays out often in popular film and movies. The meme follows the same format but creates comedy by breaking the expectation we have with the formula and adding some wacky elements to it.