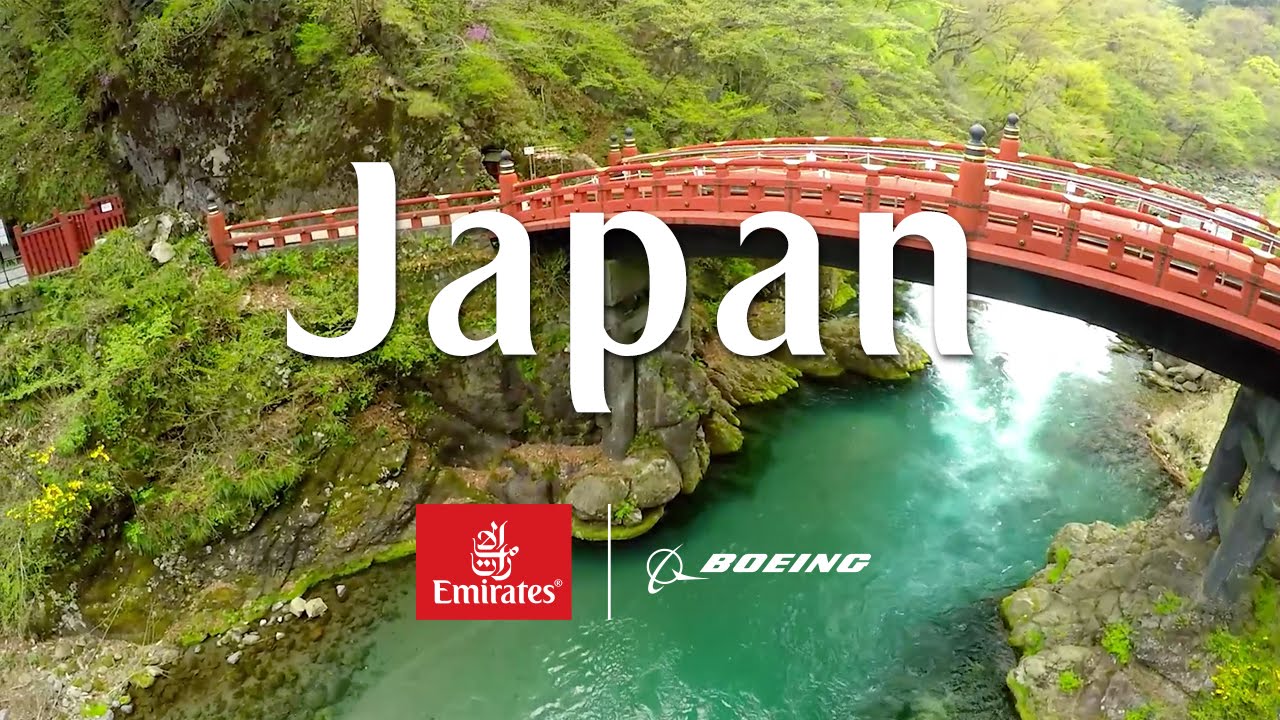 Welcome to the View from Above! A series where we take you on a Journey to some of the most beautiful places on earth!

Japan is the furthest point in what was called the ‘Far East’ by Imperial Europe, and is perhaps the most categorical in that respect. It may come as a culture-shock for some; the deep, in-grown, ancient traditions, taboos, customs and norms of the Japanese people. But those same customs and norms, so obsessed with perfection, are incredibly beautiful, complementing the natural beauty of the Japanese landscape. Travel with View from Above to Tokyo’s metropolitan skyline, Kyoto’s shrines and temples, Fuji’s iconic cliffs, and the elegant pagodas and toris of the Japanese countryside. Captured by DJI unmanned recreational drones, enjoy some unique and incredible shots of this amazing country.

Historically Japan has been allowed to foster much of its current traditions and practices, architecture and language in isolation. Early contact with China gave the Japanese access to Buddhism, but Japan’s culture of respecting the traditions and practices of the ancestors (Shinto) had already developed. Japan then embarked on its romanticised feudal age. When Japanese towns grew, so society developed a ruling class of lords or shoguns. Shoguns relied on the support of their elite warriors, well known as the samurai, to keep both society and their rivals in check. Japan firmly ostracized all foreign attempts of diplomacy, creating an age of Japanese isolation; a perfect society in which to develop a unique culture of art and architecture. Japan eventually gave in to foreign engagement in the 1800’s and went on to play an important part in regional and global conflicts. The country has since become ultra-modernised, and a respected world leader, but it remains attached and respectful of its roots.

Visitors to Japan are likely to, and should, visit Tokyo, the nation’s capital. Tokyo has become popular as a symbol of Japan’s ability to peacefully fuse modernism and tradition. Iconic modern landmarks like the Tokyo sky-tree and the Tokyo City Tower share space with the likes of the famous Asakusa and Senso Ji Temples. Outside of busy areas like the Odaiba entertainment complex exist green spaces like the Shinjuku Gyoen National Gardens, where one can admire the famous Japanese cherry-tree blooms.

Not far out of Tokyo lies the town of Nikko where the visitor can wander around more temples and shrines. Well regarded by UNESCO as a place with a number of world heritage sights, Nikko is home to the Toshogu and Taiyuinbyo Shrines. But what most visitors should go to Nikko for is the beautiful natural vistas of the Nikko National Park where one can find the Ryuoko Canyon and the sparkling Kegon and Yutaki waterfalls.

Further south of Tokyo is found one of Japan’s most iconic landmarks. Mount Fuji is famous, more so to the Japanese than the enthralled tourist. Japanese artists have been using the mountain as a source of artistic inspiration for centuries, and the mountain has taken on a divine quality for the Japanese people, being one of three ‘holy mountains’. Fuji can be hiked, along with the hudreds of other tourists and pilgrims, or admired from afar from places like Yamanakako and its beautiful lakes. Another place with stunning Fuji views is Hakone, a mountain district huddled around Lake Ashi with its resplendent, but serene, Hakone Tori Shrine.

Another more famous Tori shrine is that of Itsukushima. Itsukushima is a red Tori that sits in the waters around the revered Miyajima Island in Hiroshima Bay. The Tori has been used in many art forms, including Western movies, and always seems to radiate spiritual tranquillity. The island is also home to the Daishoin Temple and Mount Misen.

View from Above could not have made these astonishing videos without the help of the DJI unmanned recreational drones. Witness these marvellous feats of modern technology on the website:

Can we please have standing ovations for the gallant little drone, the DJI Phantom 3:

And a courteous bow to the valiant and impressive DJI Inspire UAV:

This amazing video was shot and edited by:

Be sure to check out the other amazing destinations in the View from Above series such as:
Panama
Sydney
Seattle
Dubai
Rio
Sri Lanka
New Zealand
Poland
Germany
Norway
Netherlands
Maldives
Seychelles
Italy
Greece
Vietnam
Ireland