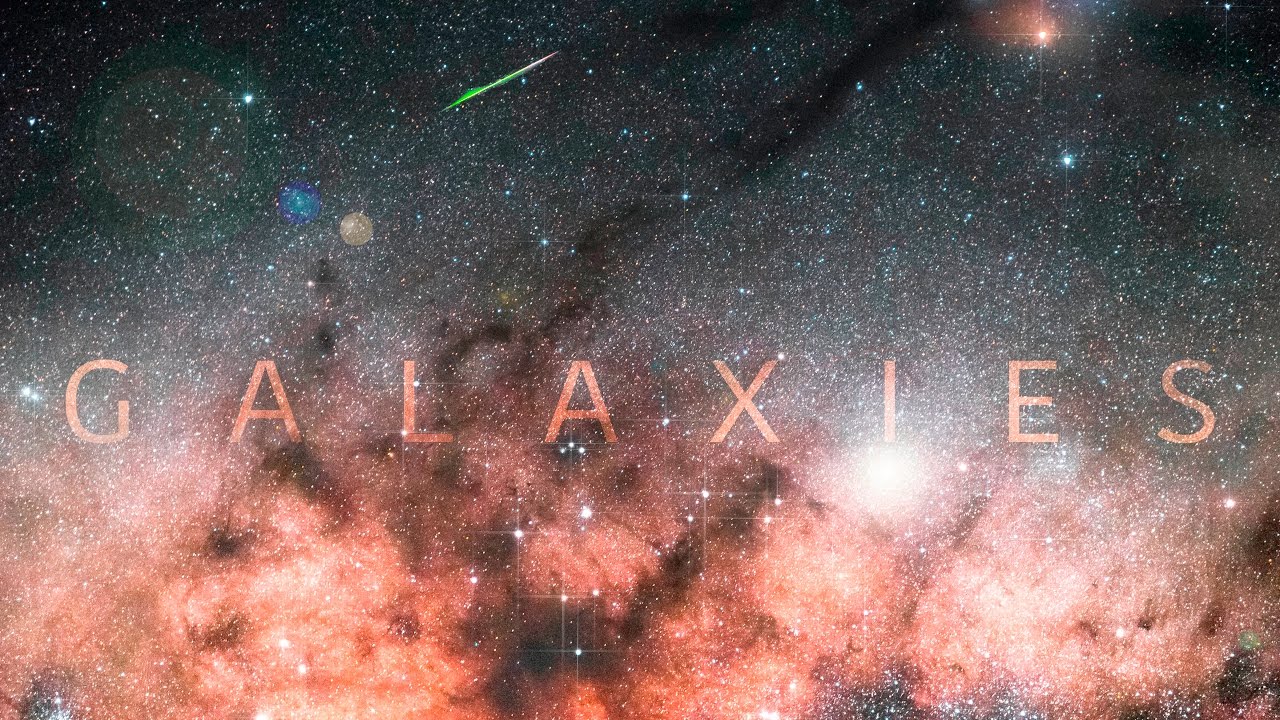 You are lying on a blanket on a clear summer night and gazing at the dark starry sky. You are trying to spot the big dipper, Andromeda, or maybe Orion. However you are noticing strange bright patches aligned in a band across the night sky and realize they are not stars: it is our home town, our own galaxy, the milky way. That’s how all star-gazing experiences, hobbies, but also the history of astronomy began: from naked eye observations thousands of years ago, to the finest and biggest telescopes today, capable of unravelling the most intriguing secrets of the universe. As the hobby or science grows and evolves, we always want to go deeper and zoom in. You are now seeing not only our galaxy, but billions of them!With the first opus of the short film series ‘Galaxies’, I wanted to experiment and take the astro-timelapse technique to the next level. There are a lot of sumptuous short films and very technical time-lapses featuring the milky way, but I found very little variation in this field. Most of the time they show a wide-angle view of the milky way, albeit majestic, rising or setting against various foregrounds. This is the reason why I wanted to rethink the whole process, find different angles, get more detail. Why not zoom in? Why not consider other deep-sky objects like other galaxies? Why not show our very space home address and neighborhood in a very different way? I started thinking about making time-lapse of deep-sky objects about three years ago when I bought my tracker. I would experiment and track the Andromeda galaxy moving in front of rocks, monuments, trees, behind northern lights. I extended the limits of wide-field astro-timelapse (10-35mm) to a more middle (50-85mm) and narrow-field (more than 85mm). It gives a lot of new options and reveals the true beauty and detail of our galactic core fore example. The main canvas of the project is based on our galaxy and their neighbors (Andromeda, the Magellanic clouds..), but also a lot more deep-sky objects like nebulas, star clusters etc… Amateurs and professionals will certainly recognize a multitude of them like the North-American nebula, the Orion nebula, the Rosette nebula, the Carina nebula, the dark horse nebula, the Andromeda galaxy in different situations like photobombed by northern lights or moving behind the tree canopy, the majestic milky way core either rising or in very fine detail moving fleeting gently across the nigh sky… You will still find some wide-angle milky way scenes, because you just cannot pass on them!

My two favorite parts of the project (and the most technically difficult) were shooting the Andromeda galaxy in the aurorae for one, and shooting a scene of the Orion constellation along with its nebulae, including nature and the zodiacal lights for the other. The former was hard to realize because of my location at the time of shoot (Denmark) since we don’t get aurorae too often. I needed to find a calm night (no wind for tracking), with an aurora storm but not too bright either (so one can still see the detail in the galaxy). It also needs to be at that time year when Andromeda passes low on the horizon, coinciding with the space where northern lights would appear. It was the most technical time-lapse I have ever done so far, but the most rewarding! The latter was also difficult, but paid off incredibly well. My goal was to get the red of the emission nebulae in the region of Orion that would still be visible in single pictures of the time-lapse, since you cannot stack and bring out detail! I astro-modified my Canon 6D to get the shot, and included the beautiful zodiacal lights towards the west, and even got a surprise visitor (grey heron) if you can spot it!I shot a various locations to get a variety of shots: Denmark (northern light, Andromeda, some milky way), Malawi (Milky way core and nebulas), France (star trails), Tenerife (Milky way core and wide-field), Vermont (wide field milky way) and Slovenia (milky way). Since I basically started this project a few years back when I began with astrophotography, some scenes still contain annoying flickering or weren’t as sharp as the ones I get now, but all in all I am truly amazed by the result and I really hope you can appreciate this new view on astro time-lapse. I should mention that this kind of technique demands a lot of work on thinking, preparing, executing and post-processing, and it took me about two years to achieve it.