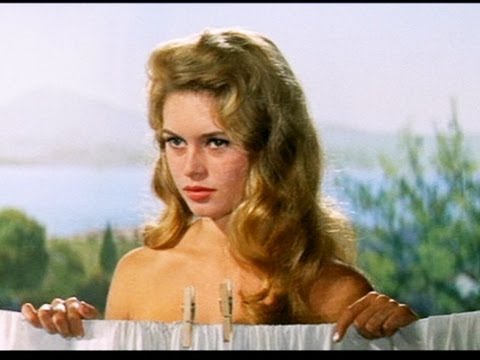 If you didn’t know Brigitte Bardot before, after this movie you’ll realise she’s the undeniable femme fatale and sex symbol of the 20th century.

Plot: Antoine promises to take the orphaned Juliette away from St. Tropez after a party where she has wandered onto the yacht of the urbane Eric. But in the morning the bus and Antoine zip by Juliette’s stop and she runs into the field to capture the rabbit she set free moments before. About to be sent back to the orphanage by her foster mother, she identifies with the rabbit. Antoine’s younger brother Michel comes to Juliette’s rescue with a marriage proposal and she accepts. Eric wants the brothers’ shipyard as a casino site and brings Antoine back to St. Tropez. Life gets complicated.